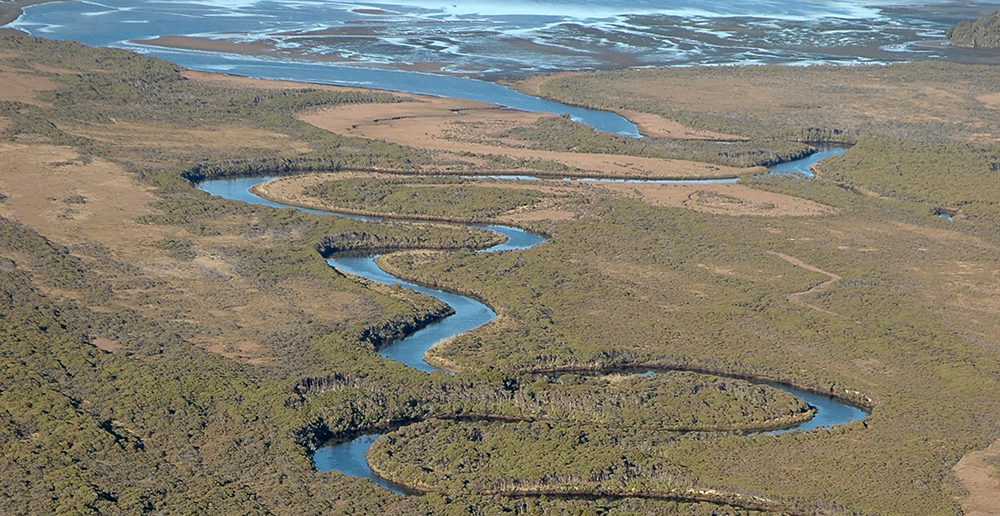 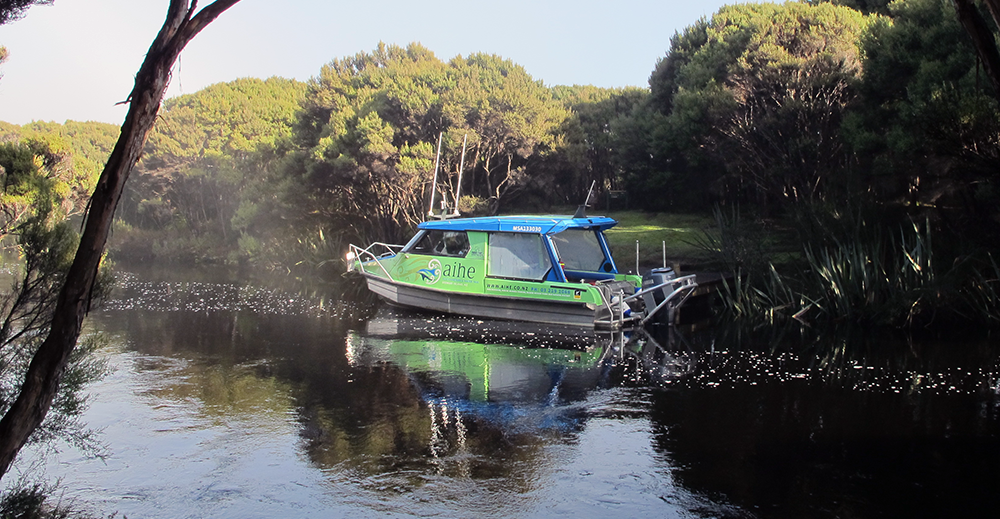 The Freshwater River is the longest, navigable river, flowing into Paterson Inlet. It winds in deep curves with some stunning views of the Ruggedy Mountains to the northeast, then narrows towards its headwaters.  Fed by hundreds of tiny creeks it is stained a rich brown by tannins in leaves.  It is only accessible at high tides, due to a large mudflat area in Paterson Inlet, that surrounds the entrance.  The mudflats are visible at low tide, during which boats are unable to travel over them.

The banks of the river are rich in plant life, including reeds, flax, manuka (tea tree) and ferns.  A variety of birds make this area their home, including comorants, kingfisher, Australasian harrier.  The fish life is essentially native fish stock, that includes eel, kokopu (small native trout) and small freshwater crayfish.

Aihe Eco Charters & Water Taxi is licensed by the Department of Conservation to operate a water taxi service and cruises on the Freshwater River.

The Freshwater Hut is between two major walking tracks.  The Southern Circuit and Northwest Circuit meet at Freshwater Landing.

A track from Freshwater Hut climbs up the steep side of Rocky Mountain for stunning views across Paterson Inlet and Stewart Island.